No, I am not crazy! We all have internal dialogue and what I have found is that most times this voice can be pretty nasty! I think the easiest way to gain more awareness of this voice is to look at it in greater detail.

Who is this voice?

Some call it our inner critic, some call it the voice of reason, some people even call it the realist. Whatever you call that voice, it is ever present and, in a lot of cases, holds us back. Whatever name it goes by and however it sounds to you, it is pretty much constantly talking throughout the day. It happily points out when we have made a mistake, how we have not measured up, how we could have done more. It is the voice of our ‘should have’s’ and ‘need tos’. Is this sounding familiar? It can often be found saying “Uh oh that wasn’t good enough”, “You need to be nicer”, “You should do this” and “You have to do this”.

When does it show up?

Well, as mentioned, it is always around and it has something to say about everything! Most times it is not pointing out the positive, rather it is chastising us for something or pointing out our perceived flaws and short comings.

It can be particularly loud when we are feeling low, it jumps on the criticizing band wagon and feeds on our vulnerability.

It also becomes really outspoken when we try to do new things or step out of our comfort zone. It tends to like the known and comfortable, so when we are contemplating something new it usually tells us “NO” and gives us a thousand reasons why “it won’t work” and “we can’t do it”. 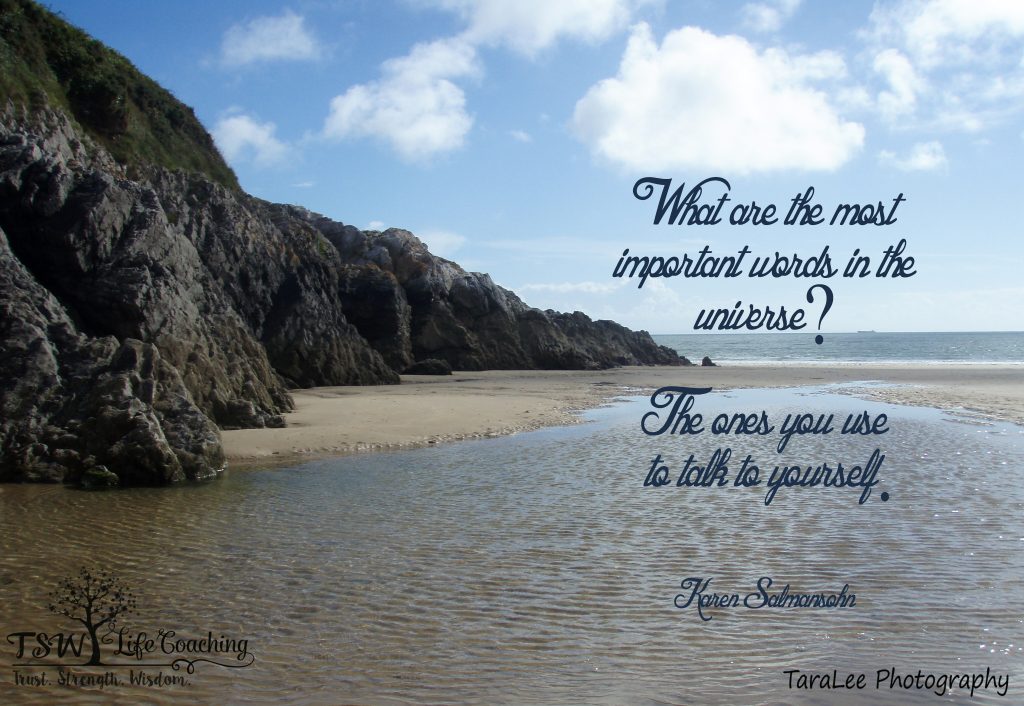 What does it say?

The messages it sends are usually self-defeating and criticizing. Specifically, it says things like “You are not pretty, smart, friendly …. enough, you do not deserve happiness, success, fulfillment. You are a screw up, a loser, dumb, ugly, a failure, an imposter.” The specific words may be different, but the message is the same, generally in some way or another it is telling you, you suck!

Why do we have this voice?

Oftentimes it comes from our belief system, our fears, our learned patterns and our perceptions. However, it came about in you. Most times its number one role is to protect us – sounds weird that a voice that degrades us is there to protect us. But the role of this voice is to keep us on a safe path, by either stopping us from stepping outside our perceived limits, or by saving us by preparing us for (its perceptions) of what others might be thinking or saying about us, kind of like a buffer.

The crazy thing about this is it keeps us playing small in our lives and most times it actually stops us from really living our lives. If you have ever worked for a hypercritical manager or have witnessed or experienced an overly critical parent, then you can see how this type of critical judgement keeps us stuck, most times in a life that is not all that it could be.

It is well documented that in order to support people to grow they need encouragement and that being extremely critical does not inspire people or motivate them, it actually does the opposite. Imagine if a child was raised being told that they were bad, a failure, not capable and all those negative messages that you tell yourself. Do you think that child would flourish? Of course not! They would be stunted in their development, not to mention they would be absolutely terrified of doing something new.  And really this is what this voice in our head does to us – it keeps us stunted in our development, too!

Now imagine the other side. What would we be capable of doing if we were supported 100% of the time? That would be amazing! We would feel free to risk and take chances and we would flourish!  If the message was you can rather than you can’t, you would believe that you could, and you would try and persevere because you knew you could. You would be unstoppable!

Sounds great right? Well, this is possible because this voice does not speak facts, but rather perceptions. And we do not have to take its messages as the truth. When you are able to recognize this and change this voice from self-sabotaging to self-promoting, then you have the power to choose a life that you love!

If you are interested in learning more about your internal voice and how to change it you can join me for a free online interactive workshop Beyond Belief: Take Your Life from Surviving to Thriving, Again!, where we will delve deeper into our inner voice and how to start changing it!