When I attended my yoga class, our instructor advised the class that it was a full moon this week. Our practice was based all around releasing. Therefore, I thought this would be the perfect topic for the week.

Releasing can be either in the physical sense or it can be on a spiritual, emotional or psychological level.  There are two sides to releasing. First, a natural grieving for the letting go process and, on the other side, an excitement for opening of space for something new.

Too often we focus on the difficulty of the letting go!

We equate letting go with leaving the comfortable and the known. Many of us subscribe to the old saying “Better the devil you know than the devil you don’t”. But if we ascribe to this, we end up staying in relationships that don’t serve our highest good, we hold on to grudges and negative feelings that are stealing our joy, we stay in situations that are either stunting our growth or are harming us; all for the safety of the known. I understand the compulsion to stay in the comfort, even when it is uncomfortable. In my experience, when I am resisting moving forward the Universe finds a way to help me make that move! 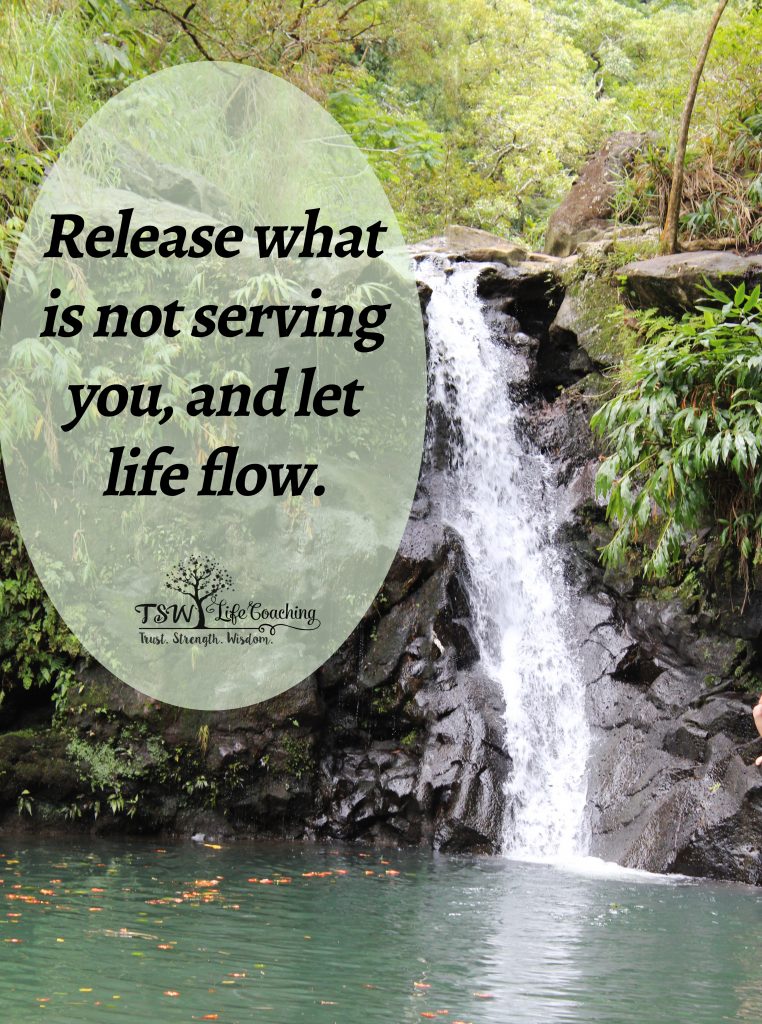 We are the captains of our lives and we intuitively know what is best for us!

Often, we either consciously or unconsciously talk ourselves out of making those changes for a variety of reasons. We think we are better staying where we are because it is known. Usually, when we do this we feel agitated and stressed we may not realize why we are feeling that way but we just don’t feel right. We find ourselves feeling exhausted and like we are banging our head against the wall, or running around in circles. We feel this way because this is exactly what we are doing we are using our energy to go against what we know in our gut is right for us.

In my experience, I have found that the more I continue to resist the truth the worse I feel and slowly but surely, I am disengaging from my life; only showing up halfheartedly to everything. Even the things I truly love, being stuck is energy sucking. It is usually then that the Universe finds a way to intervene and assists me in making the move that I didn’t feel I could do on my own!

The issue with this is that if we are not aware of the gift of being moved forward then we often end up feeling resentful for how the situation ended.

In my life, I have been gifted by the Universe many times over when I was not able to move forward; I am trying to hold on to the old and comfortable. I see this same pattern with the people around me. One friend, found herself staying in a relationship that was holding her back, she stayed because she felt that it was her responsibility to work on the relationship. She believed in the vows she had taken and tried to make the relationship grow with her. The problem was that she was the only one trying. Her spouse, for his own reasons, was not willing to grow. She begged, pleaded, argued and cried trying to get her partner to grow with her; to no avail. She continued to stay in the relationship because she was holding out hope. It wasn’t until she started to see the effect this was having on the rest of her life and the lives of her children. She had been sacrificing herself to stay and that was causing friction in all areas of her life. She was withdrawing from a career she loved, she was constantly feeling frustrated and overwhelmed. That was the point when she finally listened to her intuition and made the decision; it was time to leave the relationship. And she did! She released the belief that she needed to make the relationship work and opened up to the unknown of being a single parent. Since this releasing she has found a happiness that she had not felt for a long time. She has rekindled friendships and most important she has honoured her inner wisdom and is feeling more confident and present in her life. 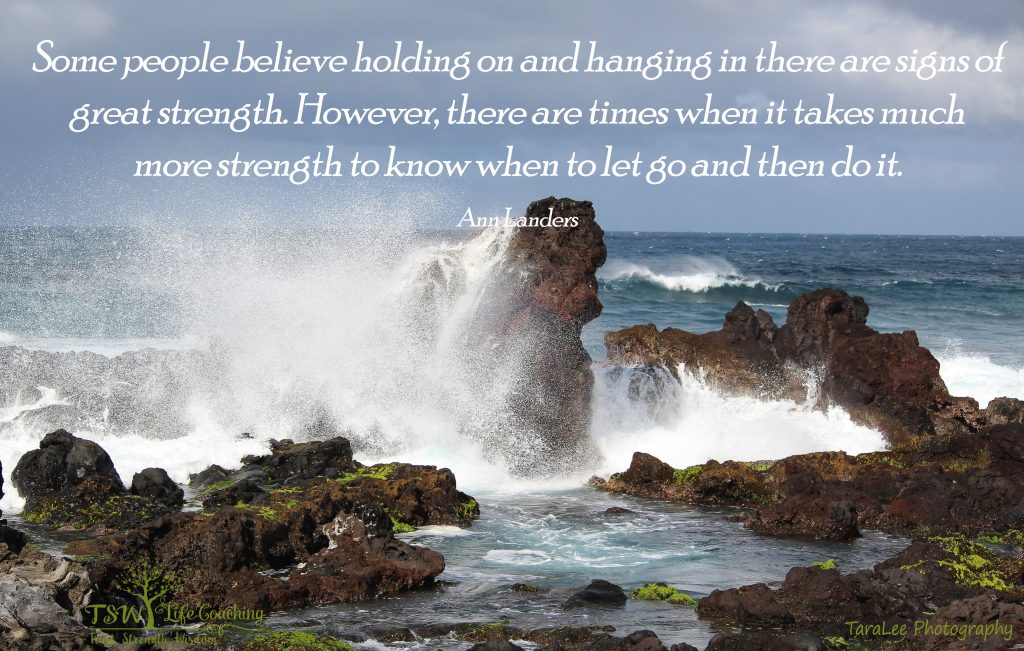 Now I am not saying that you need to get a divorce, or quit the job, or leave the partner. That doesn’t have to be the only solution. In her case this was, but maybe in your case there is a belief that needs to be released that will completely shift the situation. Maybe you feel that you have to be perfect and that is causing strain, maybe you believe that to a good wife or mother you need to be self-sacrificing, or maybe you believe that at your age you should be married so you are settling for less than you deserve in your relationship. When you are able to release the belief, the person, the emotion, or the situation then things can and will shift. You will be releasing the old that is not working for you and opening up space for something new that suits who you are.

I guess it really all boils down to a choice.

Do you want to stay stuck and keep banging your head against the wall or do you want to release what is not working to welcome something new? I know when I become aware of something that I need to release I choose to release because I know the alternative is hard and, to be honest, it sucks!

All that said ask yourself, with this full moon in effect, “What is it that you are ready to release?”, so that you can open the space for something new!