It has been a year since I had a life changing experience. Well, let’s face it, the last 2 1/2 years have been life changing but this change was of my own choosing and so empowering!

What I am talking about here is the day I cliff dived in Hawaii!

Now, for some of you this would seem simple-not scary at all, and for others this would seem quite crazy. I think I sat somewhere in the middle. I would sway from one side to the other, depending on what was going through my head. No matter what side you lay on, fear is associated with doing it.

So why I chose to do it was exactly that. I had felt after my husband’s sudden passing; my life was now a life surrounded with fear and feelings of overwhelm and helplessness. Fortunately, I have a lot of tools in my toolkit to help so the feelings didn’t often take me over and would pass like waves, some bigger than others. Nevertheless, I had a strong desire inside me to mark the beginning of my new life with something big, something almost ceremonial. Enter cliff diving! Not sure where the thought came from but once it was planted, there was no stopping me. I was determined I had to do it! 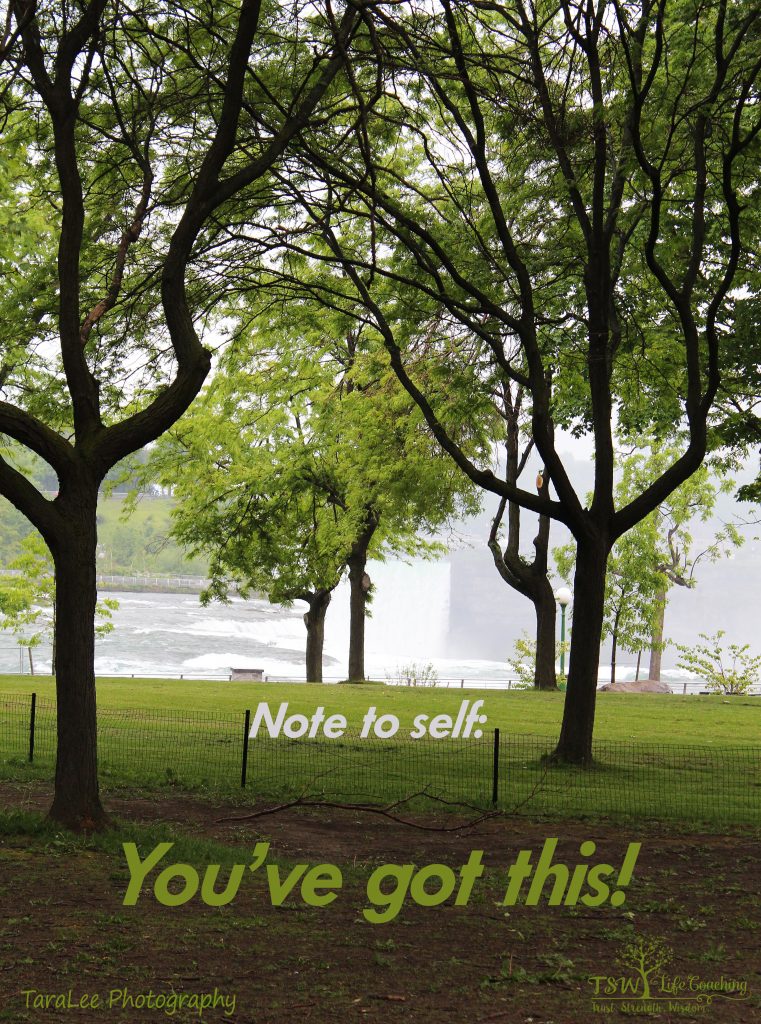 We arrived at the beach in Hawaii and I looked at the cliff. It looked BIG! It looked intimidating! I stood there for a moment questioning my decision – Do I really need to do this? Is there some other ceremony I can do to signify my new life? I battled with myself for a few moments but the answer was quite clear to me – I did not want to live in the shadow of fear! This ceremony was my way of taking some power back, power that I had given away to fear. I NEEDED to do this no matter how scary. So, I headed across the beach determined I was going to jump! I came up to the black lava rocks that I needed to climb to get to the top. This was step one of my journey.

As I stood at the bottom of the rocks, the self doubt flooded in. “You are not a mountain goat you can’t climb this”, said my inner critic. “You are not strong enough to make up to the top!” And so continued the various other fear driven comments. I thanked it for trying to protect me and started to climb. First step – difficult, second step – difficult, third, fourth and fifth – getting easier… Suddenly, I was half way up! I took a break and looked down. There I was, half way up I had accomplished so much already. I had faced my inner demons and I felt as though I was climbing to my freedom. My mom who was watching me later told me “You scaled those rocks like a mountain goat!”

I continued the rest of the way up the cliff. Then I hit a roadblock…literally! I had climbed the wrong side, all the other cliff divers swam out and climbed from the opposite side, whoops! I was standing at the top of the cliff just meters from where I could jump, I was so close I couldn’t give up now! To go back down the way, I came seemed defeating, so I needed to find a new path. This became very symbolic for the journey I had been on since my husband passed the road through his illness and the growth we both experienced while he was ill. It was both difficult and rewarding. Like that path, I could NOT go back, that was not an option! So, I pushed forward, down the other side of the cliff back to the ocean and found another way to scale the rocks. Mission accomplished!  Well half of it, the entire time I felt the scariest part would be getting up to the top of the cliff. I am not afraid of water and I had been off diving boards before, plus I am not really afraid of heights so when I got to the top I felt like YES, I did it! Now the easy part!  Boy was I wrong!!!

There I was, standing at the top of the cliff literally shaking! I tried all the tools I had to calm the fear: deep breathing, positive self talk… all of them, but nothing was working. My heart was pounding, my hands were shaking, I was in full on fear. Primal fear.  As I looked down over the edge of the cliff, the only though in my head was HOLY SHIT!

As I stood there frozen in fear, watching all the other cliff divers, I said to myself “You have been through hell these last couple of years, this is just a cliff! You’ve got this!” All of sudden I became my own cheerleader! Plus, some of the other cliff divers started cheering me on, they were championing me! Looking back on it now, it was amazing that these complete strangers supported me for no other reason than the fact that I was a person struggling! 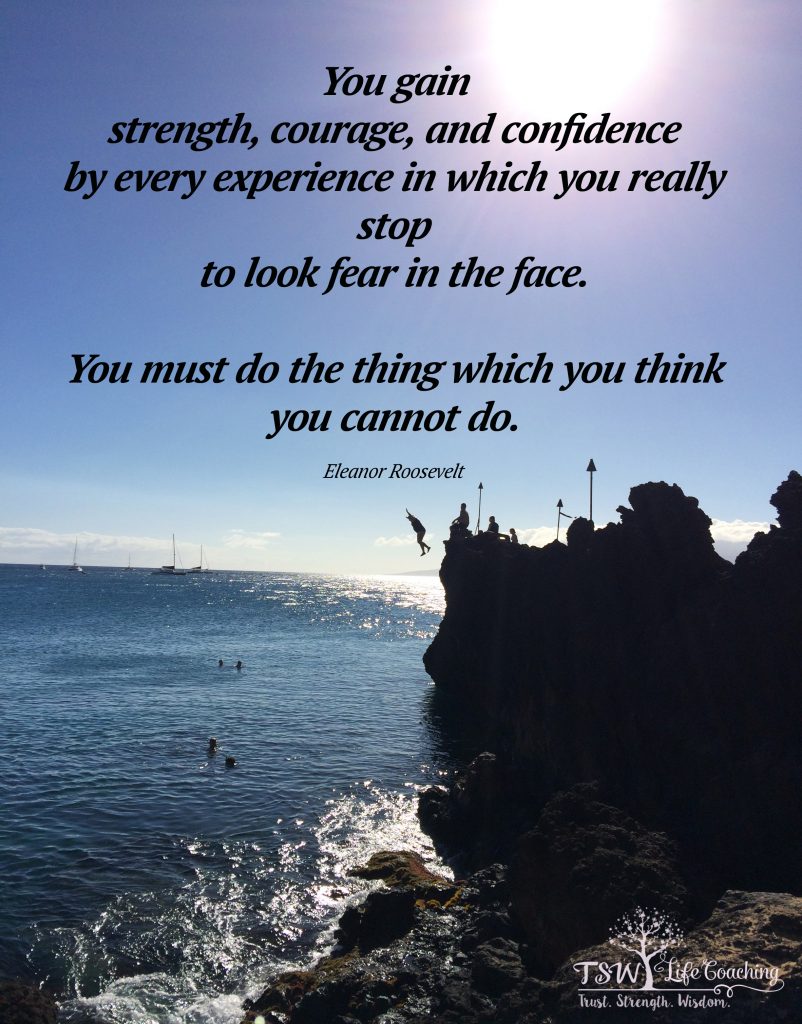 So with the encouragement of my cheering squad, the determination to move forward and the realization that going backwards was not an option for me, I took my place on the edge of the rock. Shaking like a leaf, butterflies in my stomach I found the strength inside me that I needed to take the step off the rock… to take the plunge. Now I would like to say that I went with grace but what came out of my mouth was “HOOOLLLLY SHIT!” I hit the water and it was the most liberating experience I have had. I looked up to see my cheering squad screaming congratulating messages. But what was more important was the internal feeling of complete empowerment, complete freedom and strength, I had done it. I was now embarking on my new life; my ceremony was complete.

Looking back, this adventure was more than an adrenaline rush, it was more than a physical act of courage, it was a freeing of my soul. I realize now that many times in my life I have found myself at the top of a cliff, wondering if I should step off or go back to comfort. And as scary as it is up there, it is mild in comparison to the feeling of complete freedom, to have taken that step despite the fear, despite the self-doubt, despite the uncertainty. Now, I am not recommending that you all go out and cliff dive; however, if you want to – go for it! What I am saying is, that fear should not be the reason to hold ourselves back from achieving something we really want! Take your metaphorical plunge, the end results are so worth it!