I woke this morning to the heartbreaking news that yet another one of our community members had committed suicide. My heart bleeds for my community, my country, and my human family. This is as everyone says a ‘trying time’ and I know a lot of you, are suffering out there. As I went on my morning walk, I felt inspired to write, and even as I sit here writing I am not sure if this is for others or myself. (guess I decided to share!)

The first thing I want to say is this virus and the way it has been handled has caused a lot of anxiety and stress. I am mainly referring here to the way the media reports its data. Since the start of it, I have chosen not to turn on the media coverage because I learned long ago that the media is a business like any other. They not unlike Facebook want to keep you tuned in and turned on to their stories. And what sells … FEAR! 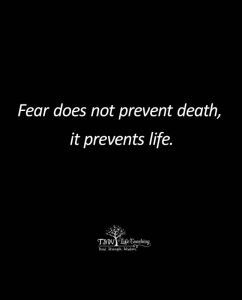 Fear sells, fear keeps people coming back, fear stories make us feel vulnerable and frightened and we combat that with trying to control and get more information, so we know how to cope. So we tune in again and again in the hopes of getting more info so we can control the situation. This business, the news, keeps you buying what they are selling by selling more fear. Now I am not going to get into ‘conspiracy theories’ or other things about what is going on, this is not the time or place to discuss that as it takes away from the main point. Which is this …. if you are constantly tuning into the media then you are choosing to consume an unhealthy amount of fear, in an already frightening time!

The media, as mentioned is a business. They get ratings just like any other product or show out there and they want viewers/consumers, so they use their time wisely. One of the best courses I ever took in school was the sociology of media and mass communication. It was the most eye-opening course. And the main thing I left with from this course was that a LOT of time, money, and energy goes into making you buy their product … from what colours are dominant in the show to how they report things. I, for probably the first time through all of this, chose to watch a clip last night it was only a couple minutes but in that time I could see (and was disgusted) at the ‘news’. The clip was warning about the upcoming long weekend, which is fine, (I guess), but to drive home the fear factor they said “in Canada, we have had (I can’t remember the number but it was big) cases of the virus”, they chose to report the overall number. So if you look at the raw numbers, our numbers in Canada have been decreasing for a while, so instead of saying how many new cases we had which were around 630, they reported the big overall number of cases over the past six months! Why? To make it more frightening! They then proceeded to say that the numbers among young people have been on the rise but failed to state the number of cases. Now I don’t know what that number is and I am not doubting that it has increased, somewhat, but my questions are – increased from what? (0?) To what? And what is the total %, in comparison? I suspect they did not report that number because it was not significant enough to cause panic!

If you chose to listen to the media and it is your choice then I suggest you counter it with raw data and you consume it with some awareness of how words are chosen, to stress their point. For example, the media will cover a story and say “more than….” Because that sounds better than “only” ie more than 300, our minds automatically (because we are wired this way) go to 390ish, when if you really look at the raw data with no commentary the number is more like 305. The choice of ‘more than’ is the fear-inducing language that keeps you coming back. 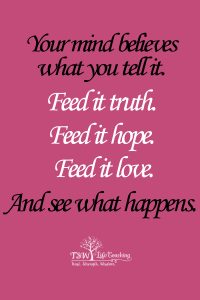 I think that is enough about that because it is what it is and I write that only to give some perspective that hopefully some of you will take on board and become a bit more of a choosey consumers or at least start to recognize that you need to be cognizant of what you are feeding your mind.

What I also wanted to talk about is fear and anxiety. I have talked about this a lot in my podcast, my blogs, and with clients. Fear only exists in the future it is never in the present moment! And it is always a forecast, created in our mind of some dreadful story that brings on anxiety. We hyper-focus on that story being ‘truth’ and we live like it is inevitable! This anxious energy brings on more anxious energy until we cannot take it anymore. We are fearful of everything and everyone, we have convinced our self that nothing good will happen and that people are judging us and that life is crap!

Then comes the depression because who wouldn’t be depressed at the future you are forecasting in your mind, it’s all doom and gloom! This of course is fed by the media and society at large, there are so many, (I would say a majority of people) who are fearful of some disastrous version of the future, especially now. Fear currently, especially is never in short supply! 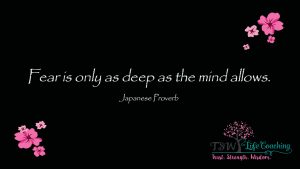 This was driven home to me the other day. I had an interesting interaction in a store. A kid probably about 11 or 12 was standing outside a store I assume waiting for his family. There was a sign saying 12 people allowed in the store, this child continually kept counting and updating those of us outside that they could not go in until someone left he was very concerned about going over the 12 number. Then like a Wal-Mart greeter, he would announce when someone left how many could now enter. He was completely preoccupied with it!

I was standing next to him watching and waiting, as I stood there he advised me where the hand sanitizer was and I told him I can’t use it, his face showed shock and he stuttered in complete disbelief ‘how do you …”, I cut him off as he was struggling to comprehend, and said I wash my hands. He looked at me with a quizzically look, like it wasn’t computing how washing your hands could be enough. I could feel how anxious he was, my internal voice said to tell him I was not fearful of the virus. I debated in my head for a moment, then the reality of the situation sunk in … he is 12 and he is freaked out about this and that is all he knows. So I looked at him and said I am not fearful of this virus.

The look on his face was priceless. He looked at me first in shock then in confusion, it was like he couldn’t compute someone not being afraid of it. I am glad I said it because looking back I think it is sad that a young child of that age was more concerned, on his last weekend before school, about the number of people in a store, than he was about being a kid and playing. Now I understand this was not his whole life and I hope he did go home and play that afternoon, but what this did show me is that there is a lot of fear, and for the majority of people out there they don’t know what to do with it, it is consuming them!

I hope this doesn’t come off judgmental because I get it! Even with all my tools, my experience and knowledge of our minds, and how they work, not to mention my pretty rock-solid faith, there are times when I am out and about that I feel overwhelmed, I can feel the fear energy and it is consuming. Further, as an empath, I do try to protect my energy but when it is so strong it can be difficult! I feel for all those people out there who haven’t yet realized they are empaths, and for all those who are sensitive to collective energies (we all are to some degree) as it must seem unbearable at times. This is especially true for kids as they still have a strong grasp on their imagination and if we are programming that imagination with dread, doom, and gloom, then you can only imagine how they can build that up (even more than we do) into a hopeless vision of the future.

I have seen it said a lot on social media that the deadliest part of this virus is the virus of fear that is spreading, and I completly agree!

So, I leave you with this… If you are feeling fear that is ok, stop judging yourself but start making healthier choices turn off the fear machine,  and come back to the present moment. You are … in this exact moment, safe. Try repeat affirmations of ‘I am safe’, ‘I am protected’, ‘everything will be ok’. Self-soothe with some serious self-compassion, and if you are feeling strong enough be there for others.

If you feel overwhelmed, reach out, you are not alone! There are a lot of great resources out there. I am here for those who want some resources or tools, I will be more than happy to share my wisdom. (Just to be clear yes I am a businesswoman but before that, I am part of this human family and if people are suffering and I can help I will do my best to do what I can.) So please feel free to reach out to me, if that is what resonates with you.

In the meantime, I wish you all well, I wish you all peace! My wish is that you will be able to find hope in this trying time. We are all stronger than we realize, and we can do it if we work together and build each other up with some love, hope, and compassion!