I have taken the last couple of weeks off because I have been nurturing a tooth abscess. When I was told I needed a root canal at first, I couldn’t help but chuckle. Why is this you ask? Well it’s simple I have worked really hard and earned this root canal and I was ready for it!

It all started a couple of weeks ago, I had a pain in my jaw and ear. I went to see my applied kinesiologist for an adjustment. At first, I thought nothing of it, just a usual adjustment for my jaw. After the adjustment, I was confident that the pain would go away within a day. This did not happen, in fact, the pain worsened. It literally started throbbing, it had its own heartbeat! That was when I realized this was not a typical jaw out of alignment. I couldn’t figure out what was going on, so I made an appointment with my dentist.

Not really convinced this was a problem with my tooth, while I waited for my dentist appointment, I started my usual protocol of oil of oregano. I thought that maybe it was just an ear infection, I mean we have had some really cold weather and I had been walking my dog, so maybe that’s all it was. I waited a couple of days, but it really didn’t seem to be helping. So, as I usually do, I consulted my Louise Hay “Heal Your Body” app on my phone. 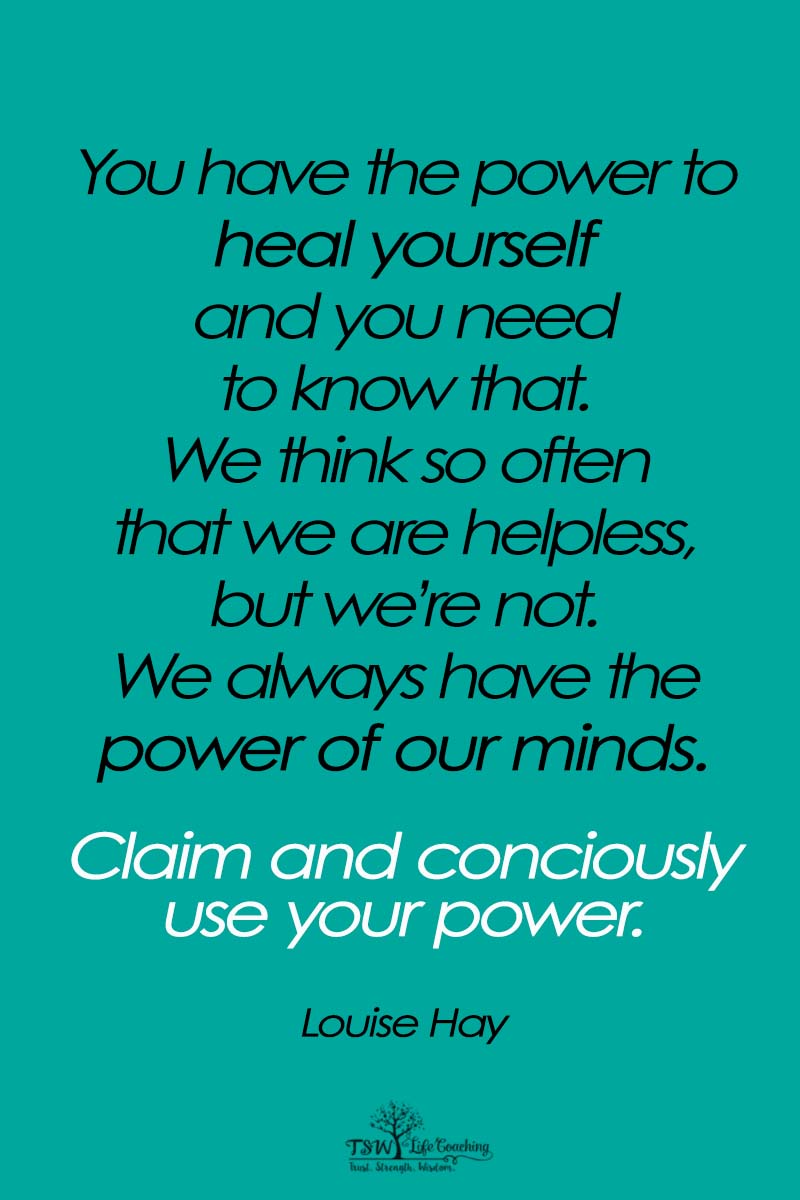 For those of you who have never heard of it, Louise Hay believes that we can heal our bodies and when our bodies are manifesting dis-ease, then we need to look at what is happening in our lives and our thinking. As she (and I) believe, this is what is creating the suffering. This book is like my go-to, I always reference it when something is going on. In the book (and app) she lists numerous ailments alphabetically, everything from abdominal cramps to yeast infections and, under each problem, she lists the probable cause of the ailment and then a new thought pattern to adopt to help fix the problem.

I consulted my app and looked up earache and the probable cause was “Anger. Not wanting to hear. Too much turmoil. Parents arguing.” I thought about it and that didn’t really fit for me, so I continued searching.

I looked up jaw problems and again it said “Anger. Resentment. Desire for revenge.” Again, I reflected on this and checked in with myself, no this didn’t fit either. I continued to look. I next looked up Teeth and it said, “Represent decisions”, I thought ‘ok this could be’, but still didn’t totally feel quite right. I looked deeper into teeth I started scrolling and root canal popped into my head. To be honest, at this point I was not even sure what a root canal was but it was in the list, so I looked at it. I read “Probable cause – Can’t bite into anything anymore. Root beliefs being destroyed.” YUP! I thought “This could be it!” I have spent the last year or so working on some pretty core beliefs and I was feeling like I had gotten a handle on them. I was practicing awareness and was counteracting these limiting negative beliefs when they would arise. It felt like these beliefs were finally letting go. They were still showing up occasionally, but not nearly as often, and very rarely were they slipping under the radar causing an onslaught of negative self-talk. When I read “root beliefs being destroyed”, I thought this is exactly what I have been working towards. I eagerly awaited my dentist appointment, feeling sure that she was going to say I needed a root canal.

As I sat in the dentist chair they did x-rays and the dentist walked in and said, “You clearly have an abscess, I could tell from across the room.” Ok, one mystery solved, that’s why the pain. She looked in my mouth and at the x-ray and quickly determined I needed…wait for it… a root canal! I couldn’t help but chuckle. YUP! I needed these root beliefs to be removed completely once and for all! The prospect of physically getting these infected dead “roots” removed was exciting. I felt like I had done the work of removing them from influencing my life and this was the last step to actually physically remove them. To me that was great news, not to mention an end to the pain, both literally and physically that these “roots” were causing!

When I left the dentist, I re-read the “new thought pattern”. What I realized is that I had worked so hard at eliminating the old sabotaging beliefs, but I had not spent the time replacing them with new self-serving beliefs. I was ready for the new, I just needed to set what these new beliefs were. Over the next couple of weeks while waiting for my dentist appointment, I took time to really contemplate what beliefs I wanted to create my strong foundation with. I determined that I wanted trust, surrender and self-love. 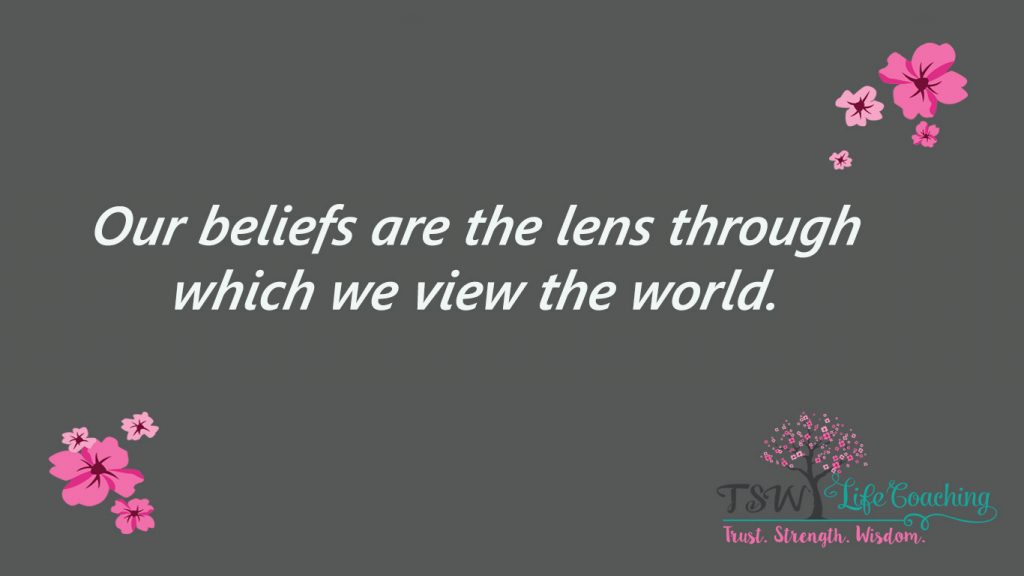 When I returned to the dentist a couple of weeks later to have the root canal, I went in with a feeling of gratitude for all that I had learned from these beliefs and a willingness to finally let them go. My self-talk was “I release these old beliefs and I create a new strong foundation on the beliefs of trust, surrender and self-love.” I was ready!  The root canal went well and within a couple of days the pain had mainly subsided, and the tooth was healing.

I have embraced my new beliefs and feel that the old self-sabotaging beliefs have been finally been removed completely from me. It is such a rewarding feeling to know that I have worked through some pretty core beliefs that were holding me back in many areas of my life.

I practice in my life looking at things holistically and this is just one example of how we can really get answers to what is going on with us, when we are open to looking at the whole picture from an aware space. Once we understand, we have a choice. It’s only when things are in the dark that they have control over us. 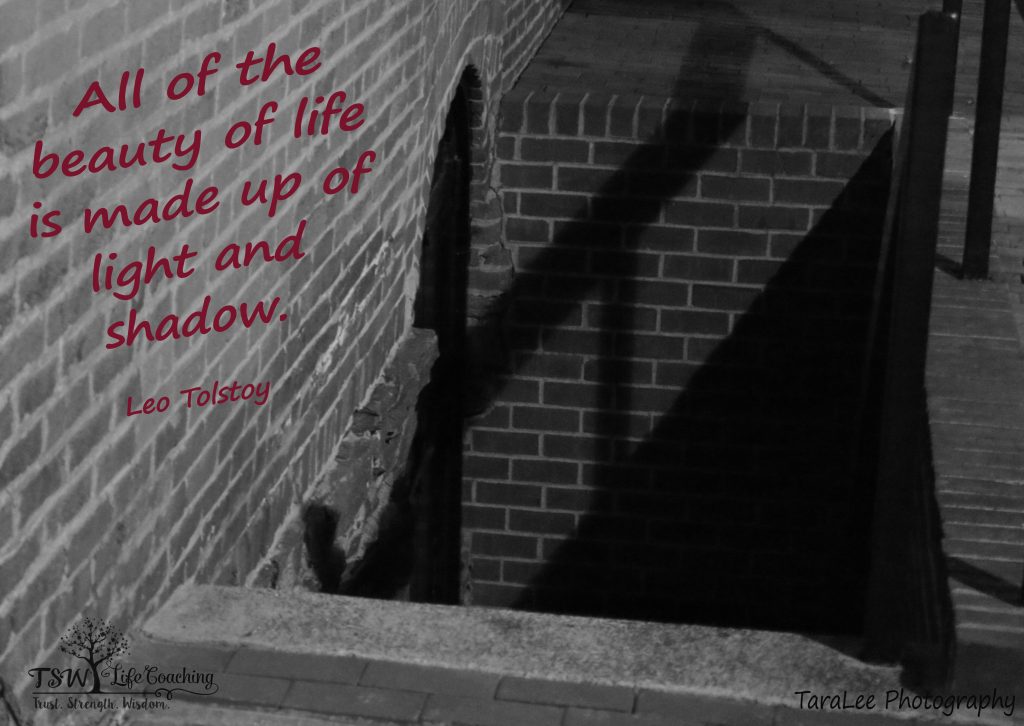 For some of you, this may seem a little bizarre, but I challenge you to get the “Heal your Body” book (I can’t find the app anymore). Look up any ailments you are experiencing in your body and be open to the wisdom.  I do it whenever something arises, and it is always (whether I am ready to admit it or not) a good perspective on what is going on!